About Centre Stage School of the Arts 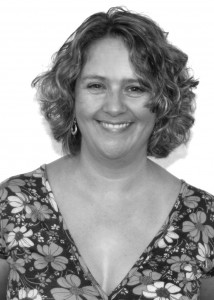 Centre Stage School of the Arts was founded in 1999 by Peter Hodgson and Alison Tompkins with the mission to create an environment in which children can use drama to explore both the imaginative and the concrete world. Since then, the school has developed into a full performing arts centre and now offers creative programmes for babies and toddlers, drama, performance acting, musical theatre, dance, music and art and craft for children of all ages and adults too!

Peter and Alison started their careers as two London based actors, and very soon found their work to be dominated by educational and children’s theatre. It was a natural progression then to build on experience and qualify as Speech and Drama teachers. Having always been involved in children’s theatre it was a labour of love to build a school based in drama, music and dance that would develop communication, group collaboration skills, confidence, imagination and creativity – a fantastic foundation for any child.

The aim was to create the “drama club” style of class so readily available in the UK, Australia and the US. This could only be done with a team of experienced facilitators. The strength of the school is in its staff. All of the full time teachers trained primarily as performers and completed courses in UK or Australian drama schools and universities, many have worked and continue to work in the theatre and on television. In addition, they are experienced teachers in their own fields and it is this combination of experience, practical application and theoretical expertise allows students a rich and vivid understanding of the numerous applications of the performing and creative arts.

As a testament to it’s popularity and need, Centre Stage School of the Arts has grown from 1 room in a condo in 1999 – to a shop house in river valley road 2001 to 2007, to centres in the West (2007) and East (2012) and dance studios at Fusionopolis in 2011. Centre Stage’s main centre is located on the Wessex Estate, off Portsdown Road – near Holland Village, and also has a centre on the East Coast. (Laguna Park). Centre Stage also provides outreach programmes to pre-schools, schools and organisations in Singapore.

Performance drama was added to the wider curriculum in 2001.  Centre Stage now has over 20 different courses, covering both Creative & Performing Drama and Musical Theatre, Dance – Ballet, Jazz, Tap, Contemporary & MT Dance; as well as Music, Singing, Trinity Speech & Drama classes + an extensive Early Years programme including parent & toddler classes, as well as a pre-school style programme. We also run many workshops which blend the many and varied disciplines.

Centre Stage were the first and only kids Theatre School in Singapore to be accredited by Drama UK. They also have their very own in-house Black Box Theatre, and are one of the few arts schools that gives its students the opportunity to perform in front of live audiences in fully staged productions.

The strength of the school is in its thoroughly researched and rigorously developed courses delivered by trained professionals who combine arts education with personal, practical experience of theatre, tv and film. The joy is in the warm, friendly environment and the constant desire for all the staff to go the extra mile for the students.